I’m a big fan of Kim Scott’s Radical Candor approach and the quadrants she drew up for where different leaders fit on her scale. In that same vein, I drew up a little quadrant of what it feels like to be on the giving or receiving end of accountability and authority. 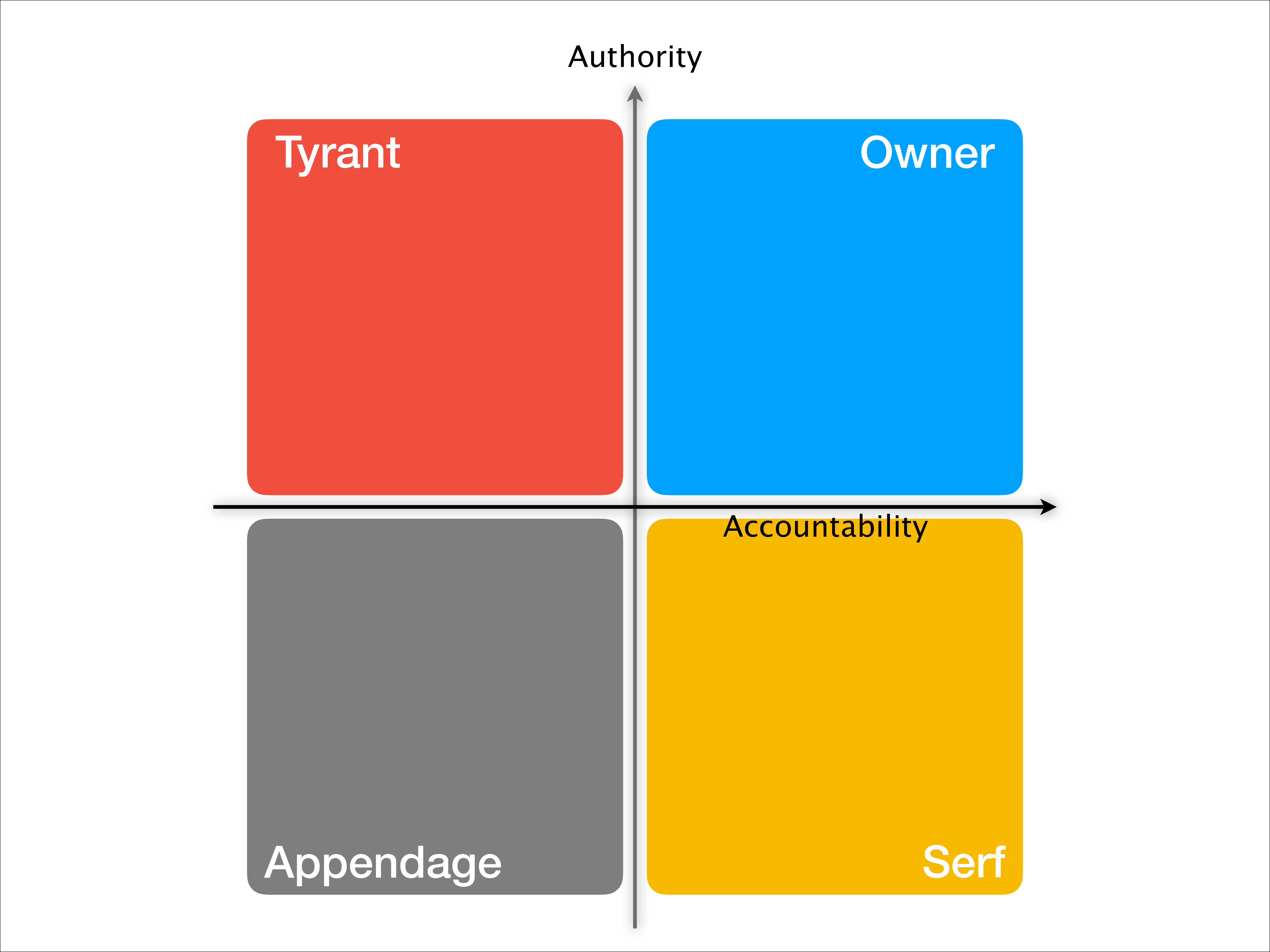 The X-axis show increase accountability from left to right and the Y-axis is increased authority from bottom to top.

When you you make the rules and don’t have to live by them, you’re in the upper-left. Your life is good, but you’re probably making life hard for someone else.

When your neck is on the line for delivery, but others can put up roadblocks that you can’t clear, then you’re in the bottom right. This is unfortunately a very common place to be for a lot of developers.

If you can show up, run through some tasks, and leave, you’re maybe in the bottom left. Useful, but not really engaged.

If you have a problem to solve and you have tools, the knowledge, the budget, and the people you need, then you are really an owner. Ownership doesn’t need to mean that you’re a leader. You can own a department, or a project or even just a few user stories. But whatever it is, it’s yours and you can run with it.

How do we all get into that blue corner?

Well, that can be a difficult one and it’s something people on the top of the ladder need to worry about. One key factor is aligning incentives. If you have a product team who design and implement software, but then an operations team, and a security team and a design team who all report up their own pyramid, you’re going to be misaligned pretty quickly. The designers want to get their designs approved and aren’t responsible for it being built. The Ops team want to maintain uptime and will hold up your release to do it. The security team want to have deniability about any intrusions. Now you’re all in contention with one another.

To gain alignment, disciplines should all roll up to a single objective. If everyone is aligned toward delivering customer value and held accountable to the same standard, then you can start working as a real team. Make your rule-givers responsible for follow-through on implementation. Make your product team accountable for stability and security.